Perhaps the most ominous prediction made by Our Lady at Fatima in 1917 was a warning that nations could be annihilated. Pictures of a nuclear holocaust dance through our heads when we think of this possibility. War in any age has disrupted society, but war in the nuclear age has even greater global implications.

Since the beginning, there have been conflicts and war. The consequences of sin have plagued us throughout time, but we’ve been given glimpses of perfection through these clouds of imperfection. The bitter fruit of war is not just the physical damage and death that is wrought. The residual long-term effects include living under the control of those who forbid the exercise of the faith and allow little or no access to the tools of salvation. It is for this reason that we, a justly founded albeit imperfect nation, have fought wars of liberation to control the spread of evil and provide others the freedom to follow righteousness. That freedom, however, comes with the requirement that we choose rightly and take advantage of the resources available. Free will is a double-edged sword, allowing us to choose properly. Unfortunately, we often do not.

Is the annihilation of nations that Our Lady warned about a physical annihilation? Possibly.

I have often pondered this and challenge all to consider another perspective. Perhaps we have seen the reality of this annihilation play out repeatedly and did not recognize it. We live in a physical world and thus we are prone to judge things through our eyes, not a spiritual lens.

The reality is that every time a person is lost, it is the annihilation of a soul. Eternal loss is a tragedy worse than physical destruction. Many people have never followed the necessary path to salvation because they have been deprived of access to, or have not understood the need for the institutional Church. Even more tragic is that many live amongst the culture of the faith and choose not to accept it. A culture of indifference is more offensive to God than the actions of the ignorant.

“Behold, the days are coming,” says the Lord God, “that I will send a famine on the land. Not a famine of bread, nor a thirst for water, but of hearing the words of the Lord.” (Amos 8:11)

Atheistic errors spread throughout Eastern Europe and around the globe, and with little exception, drove the faith out of the public square and the lives of the citizens. In the West, an even worse phenomenon occurred—a lust for material gratification. This has led the majority of the people away from practicing religion and toward an increased desire for things not of God.

All of this has diminished love for God within us and has put us on a difficult path. To truly understand our faith and the prophetic message of Fatima, we must adopt a mindset of true spirituality and look beyond the physical confines of this life. As tragic as pain and death are, they pale in comparison to the spiritual losses brought on by separation from God. If we hope to be delivered from the annihilation that we are experiencing, we must stem the secular tide that is drowning humanity and blinding us to the catastrophe that awaits.

Anyone lost, even those who perpetrate great evil, is a tragedy that we cannot accept. We have made a promise to follow the actions of the three shepherd children of Fatima and work for the salvation of all. Only then will we avoid the destruction plaguing our world today. Whether the annihilation of nations is physical or spiritual, we can avoid it by adhering to the word of God.

David Carollo is the Executive Director of the World Apostolate of Fatima USA and the National Blue Army Shrine, based in Washington, NJ. He wrote this for his “Voice of Fatima” column.

PrevPreviousTwo Miraculous Events: Mount Carmel, Fatima and the Rain of Graces
NextGet close to Jesus in the EucharistNext 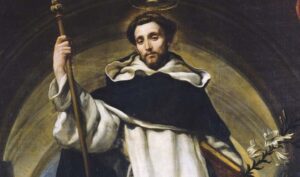 St. Dominic’s Legacy of Preachers and the Holy Rosary

By Rev. Matthew R. Mauriello One of the Church’s greatest saints, St. Dominic Guzman, was born in Calaruega, Spain, on Aug. 8, 1170. His father was Felix Guzman and his 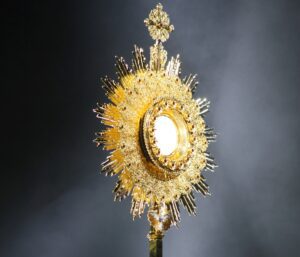 Get close to Jesus in the Eucharist

by Barb Ernster – After pondering the question of the most important part of the Fatima message, Sister Lucia stated that it was “at the beginning, at the Cabeço.”  It 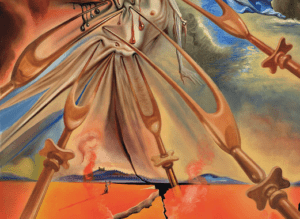 by David M. Carollo – Perhaps the most ominous prediction made by Our Lady at Fatima in 1917 was a warning that nations could be annihilated. Pictures of a nuclear 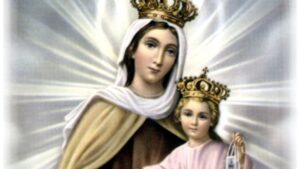 by John Haffert, co-founder of the Blue ArmyFrom his book Her Glorious Title Have there ever been two miraculous events in the history of the world so similar and so 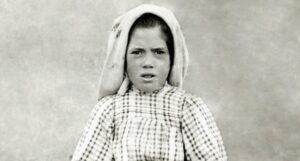 What Do You Want of Me?

by Barb Ernster This was the humble question little Lucia asked the Blessed Mother at the beginning of each of the apparitions at Fatima: “What do you want of me?”  It