Simon and Veronica Model Devotion to Christ and Fatima

We have read and heard many times that Fatima is the reaffirmation of the Gospel message.  The season of Lent gives us two saints to imitate, St. Simon of Cyrene and St. Veronica. During this season of Lent, one particular passage in the Gospel is excellent for meditation. “And as they led him away, they seized one Simon of Cyrene, who was coming in from the country, and laid on him the cross to carry it behind Jesus.” (Lk. 23:26)  Simon of Cyrene helping Jesus carry His cross is also the fifth Station of the Cross. His feast day is December 1.

Tradition relates that St. Veronica, moved by the sight of Christ carrying His cross to Golgotha, gave Him her veil to wipe His brow, after which He handed it back imprinted with the image of His face. The name Veronica means true icon. In Roman Catholicism, Anglicanism, Lutheranism and certain other Christian traditions, she is honored at the sixth station of the Stations of the Cross. Her imprinted veil is commonly known as the Veil of Veronica. Tradition tells us that Veronica was the woman at Caesarea Philippi whom Christ healed of an issue of blood. (Mt 9:20–22) Veronica was mentioned in the reported visions of Jesus to Sister Marie of St. Peter, a Carmelite nun who lived in Tours, France. These visions started the devotion to the Holy Face of Jesus.

In 1844, Sister Marie reported that in a vision, she saw Veronica wiping away the spit and mud from the face of Jesus with her veil on the way to Calvary. She said that sacrilegious and blasphemous acts today are adding to the spit and mud that Veronica wiped away that day. Sister Marie, in her visions, reported that Jesus told her that He desired devotion to His Holy Face in reparation for sacrilege and blasphemy. Acts of reparation to Jesus Christ are thus compared to Veronica wiping the face of Jesus. The devotion to the Holy Face of Jesus was eventually approved by Pope Leo XIII in 1885. St. Veronica’s feast day is July 12.

These two events in the Passion of our Lord show that Christ accepted the assistance of others as He redeemed the world. Simon’s act was one of sacrifice and love, while Veronica’s act was one of consolation and reparation. Both reflect the requests of Our Lady at Fatima. St. Jacinta’s short life was one of sacrifice, especially for poor sinners who have no one to pray for them. Like St. Simon, she accepted all that was asked of her by Our Lady. Her sacrifices for poor sinners were united with her love. Like St. Simon, Christ accepted her assistance in the saving of souls.

On the other hand, St. Francisco’s short life was one consumed with consoling and making reparation to the Heart of Jesus in the Most Blessed Sacrament. Like St. Veronica, he answered wholeheartedly this need to make reparation and to console Jesus. St. Francisco chose the hidden life of prayer and reparation.

The Fatima message calls all of us to a life of prayer, penance and reparation. Sts. Francisco and Jacinta have shown us two ways to achieve this goal. There is the path of sacrifice and accepting our daily crosses to save souls and the path of consolation and reparation. St. Jacinta’s one concern during her short life was to pray for poor sinners who have no one to pray for them. It was because of this great love and concern that she joyfully accepted all the sacrifices and crosses given to her by God. St. Francisco embraced the call to make reparation and to console the Heart of Jesus.  He said, “God is so sad. If only I could console Him.”

Every day we are given the same choices that these two children were given. It is our free will that accepts all that God will send us to save souls. The question you need to ask yourself is what Our Lady asked: “Will you offer yourself to God, and bear all the sufferings He sends you, in atonement for all the sins that offend Him and for the conversion of sinners?”  The decision to say “yes” is always before us, and with it, we have Our Lady’s assurance:  “Then you will have much to suffer, but the grace of God will be with you and will strengthen you.”

During this season of Lent, accept Our Lady’s call to save souls and console the two hearts of Jesus and Mary. Veronica and St. Simon of Cyrene did as much without counting the cost and today we seek their example every time we ponder the Passion of Christ.

Catherine Moran is the president of the World Apostolate of Fatima Byzantine Division in Youngstown, OH, a radio host, author and member of the WAF Board of Trustees. She wrote this for the Winter 2022 issue of Soul Magazine.

PrevPreviousWhy the Date of the Consecration on March 25 May Reveal an Urgent Message to the U.S. and the World
NextDoing Our Part in Bringing About World PeaceNext 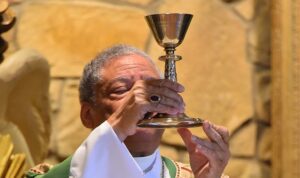 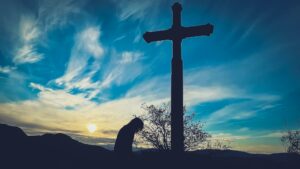 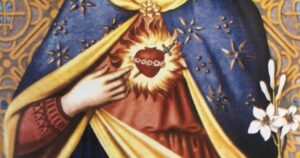