The Story of Fatima

A message of peace. A call to prayer.

At the height of World War I, Pope Benedict XV appealed to the Blessed Mother to intercede for peace. Just over a week later, Our Lady began appearing to three young shepherd children in Fatima Portugal.

From May 13 – October 13, 1917, Our Lady appeared to Lucia dos Santos and her cousins, Francisco and Jacinta Marto – three shepherd children tending sheep in the hills just outside their small village of Fatima, Portugal.

During the course of these appearances, Mary revealed her suffering heart and said that God wished to establish devotion to her Immaculate Heart.  She asked the children to pray the Rosary daily for world peace, and to offer their daily sufferings and sacrifices in reparation for sins and the conversion of sinners.

She also revealed a three-part secret, which included a terrifying vision of hell. She warned that a worse war lay in store for humanity and that Russia would spread her errors throughout the world, resulting in more wars and persecution of the Church, if people did not repent and cease offending God.

But Our Lady also gave a message of hope: Russia would be converted from her errors if the Holy Father would consecrate Russia to the Immaculate Heart and people would practice the Communions of Reparation on the First Saturdays. She promised an era of peace would be granted to the world.

The Miracle of the Sun

Only twice in the world’s history has the exact date, time and location of a miracle been predicted: at the Resurrection and at Our Lady of Fatima’s Miracle of the Sun.

The morning of October 13, 1917 was a miserable, rainy morning. The pilgrims who came to witness the promised miracle were soaked to the skin and covered in mud.

Suddenly, at the time Mary promised, the sun began swirling, changing colors and even appearing to plummet toward the earth.

The pilgrims were terrified.

Many, abandoning all reserve, began publicly confessing their sins and vowing to repent and change their lives.

As the sun returned to its place in the heavens, the sound of howling wind tore through the air. Despite this, the leaves on the trees remained perfectly still.

When the commotion finally died down, eye-witness Dominic Reis testified that everyone’s wet and muddy clothes were dry and “looked as though they had just come back form the cleaners.”

The miracle was witnessed as far away as 15-25 miles, thus answering many critics’ claims that it was all the result of mass hypnotism or collective hallucination.

Many physical cures of the blind and lame were later reported. And even people who had doubted the children’s story became believers, including O Seculo’s on-site reporter, Avelino de Almeida, who stood by his report of events in spite of harsh criticism.

Now, more than ever, it’s time we embrace Fatima’s call to prayer, penance, and conversion for peace in the world.

A simple spirituality for everyone.

“I thank you, Father, Lord of heaven and earth, because you have hidden these things from the wise and the learned and have revealed them to children.”

Born March 28, 1907, Lucia was the de facto leader of the three young seers. Her spirituality was marked by a balance between her deep desire to live a contemplative life and her calling from Our Lady to actively spread the devotion to the Immaculate Heart throughout the world. Her spiritual life was simple: daily prayer and the Rosary, penance, frequenting confession and the Eucharist, discernment of God’s will, obedience to her religious superiors, and witnessing to the Gospel. Having accomplished the task given to her by Our Lady, Lucia died as a cloistered Carmelite nun on February 13, 2005.  Lucia’s cause for canonization is underway. 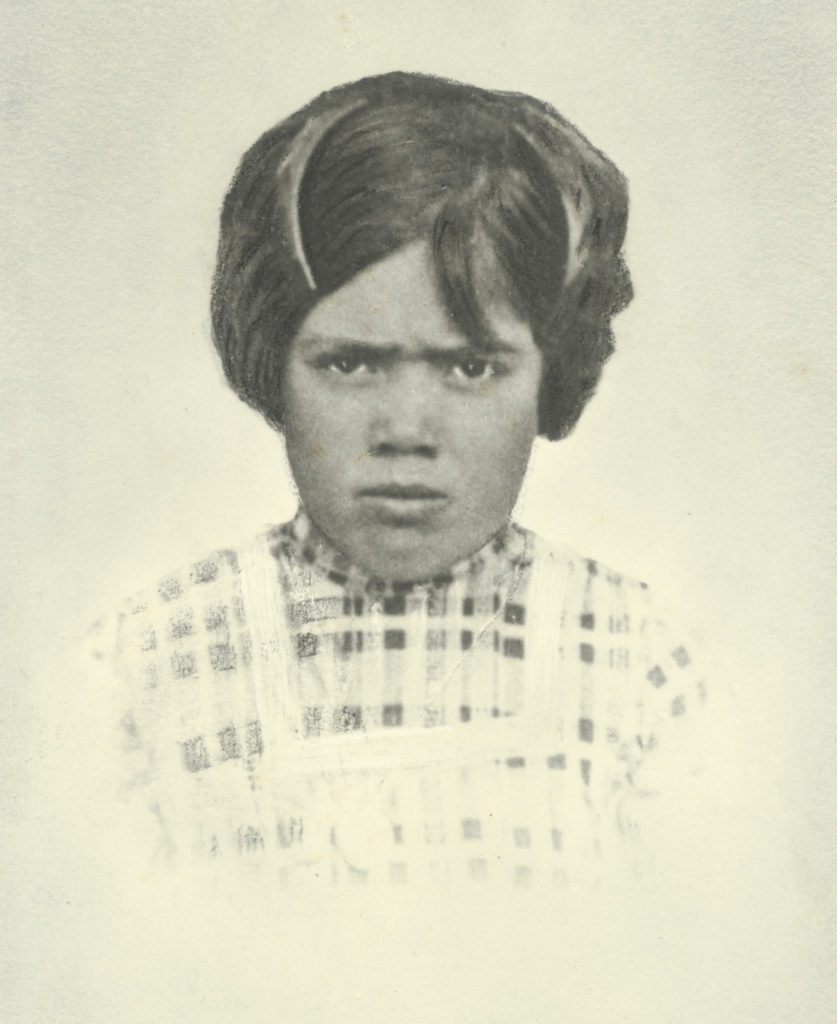 Francisco was born on June 11, 1908, and died of the Spanish Flu on April 4, 1919. Of the three seers, he was the only one who was unable to hear the voice of the angel or Our Lady. His spirituality is marked by docility to Our Lord and Our Lady’s requests for prayer and penance, and a single-minded focus on God’s love that strengthened him to endure all to attain heaven. A contemplative at heart, Francisco would often go off by himself to pray the Rosary or to visit “the hidden Jesus” in the Eucharist. Francisco was beatified by St. John Paul II on May 13, 2000, and canonized by Pope Francis on May 13, 2017. He shares a feast day with his sister, St. Jacinta, on February 20. 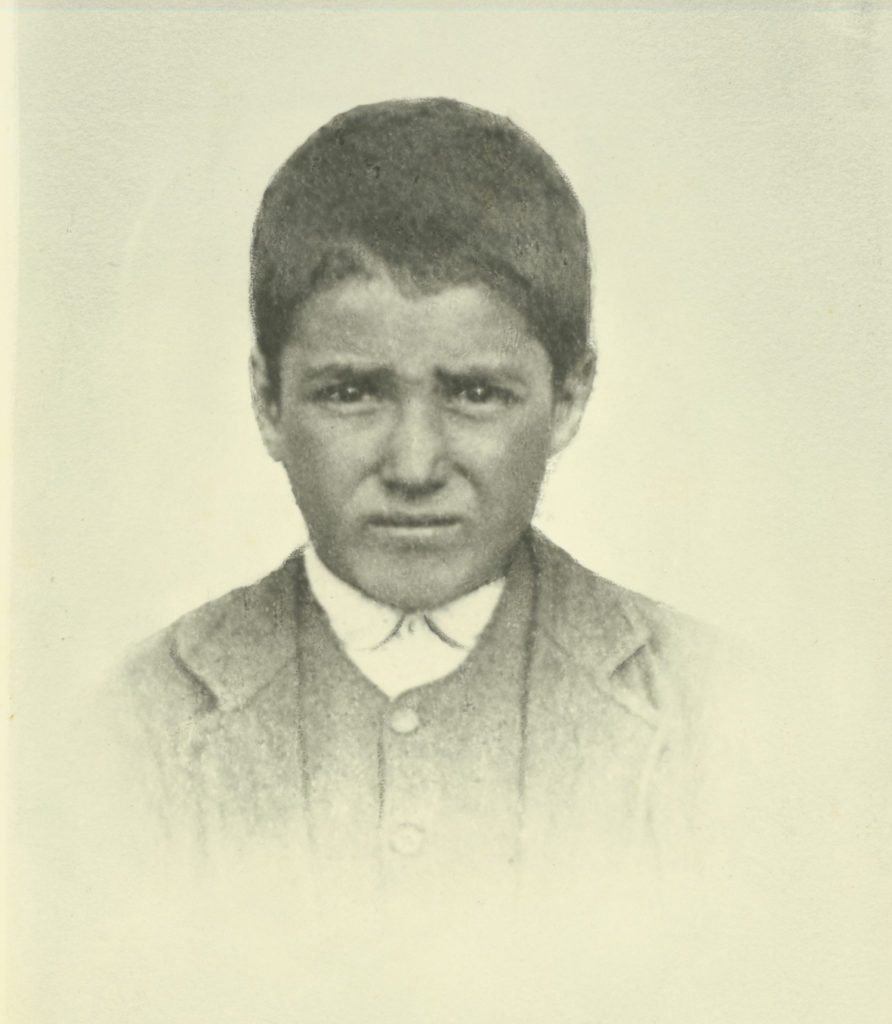 Jacinta was born March 11, 1910 and died of complications from the Spanish Flu on February 20, 1920. She was a very affectionate child, and after the visions at Fatima she directed her spirited personality toward deepening her love for our Lord in the Eucharist, the Immaculate Heart of Mary, the Holy Father and poor sinners. Jacinta possessed wisdom beyond her years. Shortly before her final illness, she told Lucia that all graces come through the Immaculate Heart and we are to ask for them. Our Lady appeared to her a number of times before her death, and, when given the option, Jacinta chose to embrace further sufferings so that she could offer them up for the conversion of sinners. Jacinta was beatified with her brother, Francisco, on May 13, 2000, and canonized on May 13, 2017. Her feast day is February 20. 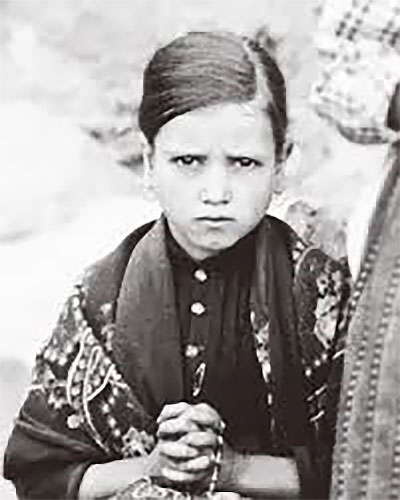 The World Apostolate of Fatima

The World Apostolate of Fatima – Our Lady’s Blue Army – is the Church’s official voice on the authentic message of Fatima.

The Apostolate exists to help you learn, live and spread the message of Our Lady of Fatima in communion with the Church and in concert with the New Evangelization.